Patricia Mell is the Principal of P. Mell Advisors, a boutique insurance consulting firm assisting businesses, organizations and individuals in making strategic benefits decisions through planning and insurance products. As a business consultant, legal and insurance practitioner, faculty member, academic dean, and CEO, she has over 25 years' experience. Mell has written several scholarly articles and made presentations in several national and international venues.

Before launching P. Mell Advisors in 2009, Mell had a stellar career as Dean of the John Marshall Law School in Chicago, and in practice as an assistant attorney general and as corporations counsel for the State of Ohio. Mell has the distinction of being the eleventh dean of The John Marshall Law School. She is the second African American woman in the history of the United States to lead a non-HBCU law school. Her areas of expertise are insurance, health care reform, and business. Mell has won numerous awards including being named one of the "100 Most Influential Women in Chicago" by Crain's Business Magazine in 2004. She was also included in the silver anniversary edition of Who's Who of American Women 2006-2007. Mell retired from the practice of law to pursue entrepreneurial interests in her firm, P. Mell Advisors.

A District Sales Coordinator for AFLAC, Mell is a member of the National Association of Health Underwriters, the Michigan Bar Association, and the American Bar Association. She is licensed in several states to sell health, life, accident, supplemental, legal expense, and final expense insurance. 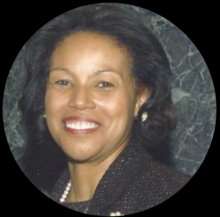