Ziegler was born in Chicago, Illinois. He attended Chicago Vocational High School and Southern University in Baton Rouge, Louisiana where he earned a Bachelors of Science Degree in Business Administration. He also attended Keller Graduate School and has authored and published articles about insurance and estate planning.  He holds licenses in insurance and/or securities for the states of Illinois, Indiana, Mississippi, Georgia, California, Alabama and Texas.  He has managed a very successful business career, previously serving as a Production Supervisor for RR Donnelly and Sons Company and Chief Financial Officer for Oakland Development.

Joseph C. Ziegler, Jr. is the President and CEO of The Ziegler Insurance Agency and Financial Services Firm.  He also serves as the Executive Director of the Community Action Network (CAN), a progressive organization designed to improve the overall conditions of the community and surrounding areas.

Joseph C. Ziegler, Jr.has decided he can no longer sit back quietly and watch what was happening to the 21st Ward. Among other things the ward was experiencing a lack of city services, lack of favorable police response times, and the lack of resources that provide educational opportunities for our students.  His goal is to restore the trust of the community. Joe has therefore determined the season of lack is over for his community.

Joe is articulate, business savvy and possesses the ability to understand and manage a budget. He is politically astute without being part of the political machine and has a heart to serve the people.

Ziegler is a motivational speaker with the Chicagoland Chamber of Commerce’s Youth Motivational Program. He has affiliations with multiple churches in the City of Chicago that transcend denominational boundaries.   He has been a co- host of the “Financial Forum” radio show on WVON, with his radio partner Ronald L. Allen.  He is an initiated member of Alpha Phi Alpha fraternity.  In his spare time he enjoys a good game of golf.

Ziegler is the father of five children.Type your paragraph here. 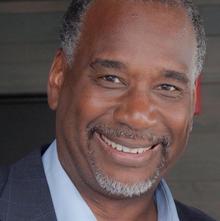